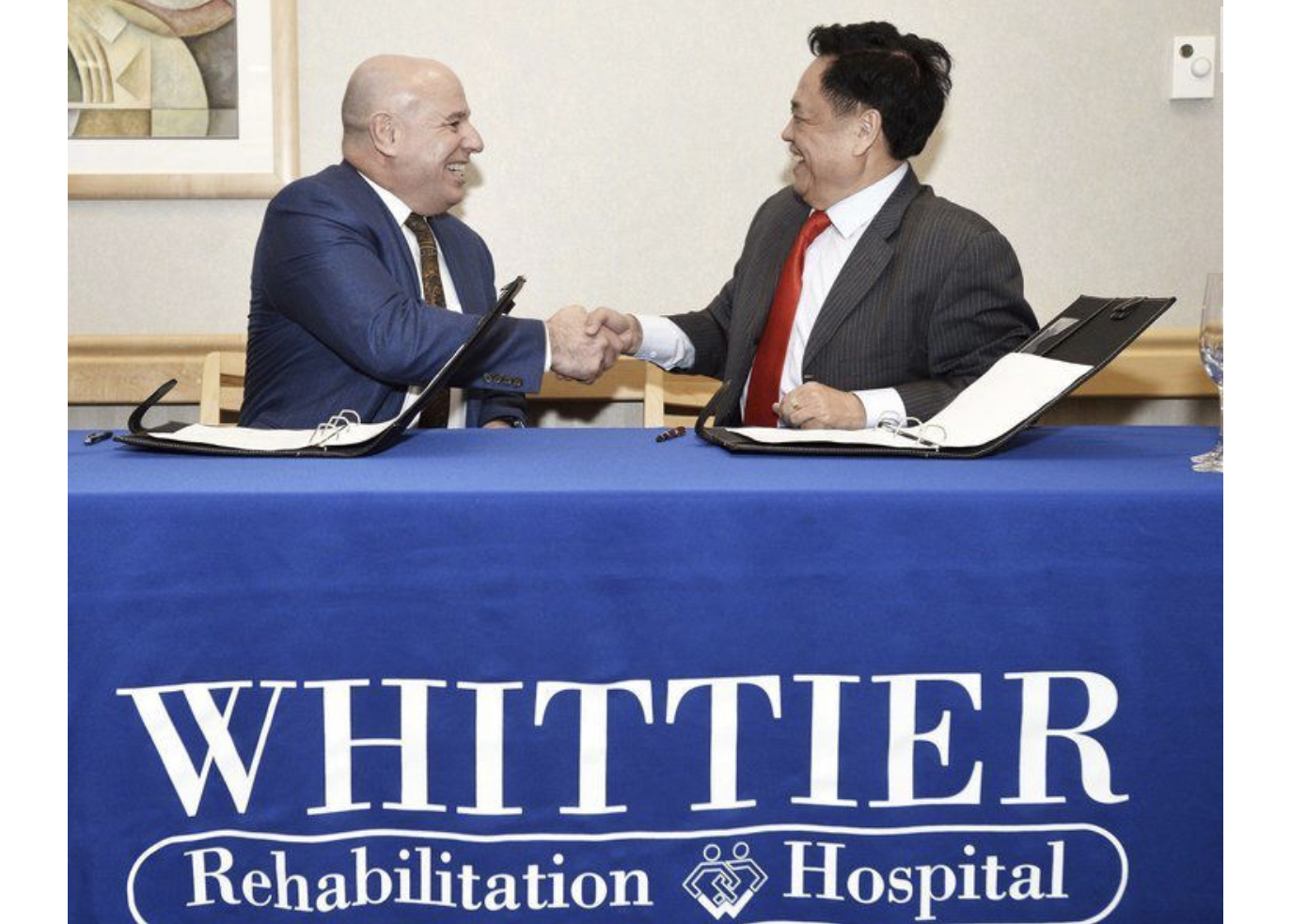 Courtesy of the Eagle Tribune

HAVERHILL — The same kind of approach to patient care offered at Whittier Rehabilitation Hospital in Haverhill is slated to be featured at a new hospital in China.

He noted that between 5 million and 7 million Chinese people come to the United States each year for health care and that once this hospital is built, they will have a new option much closer to home.

“They have people leaving for care, so if they can provide the American care they are looking for, it’s a win-win for everybody,” Arcidi said.

Arcidi said the Whittier Health Network will be partnering with the Hainan Lecheng Investment Company Ltd. and its chairman, Tang XiXian, to bring first-class, patient-centered rehabilitation services to China.

Over the next three years, Whittier will contribute its comprehensive expertise and advice during the planning stages of a new Boao-Sino U.S. International Hospital.

Whittier will provide personnel, including doctors, senior executives, and other rehabilitation staff.

As currently planned, the hospital, which will be built in the Boao Lecheng International Medical Tourism Pilot Zone in Hainan Province, will have approximately 2,000 beds and be based on American best-standard practices for delivering services.

Arcidi said its goal will be to offer those services to the local population in China as a first priority, and to attract international medical tourism, as well.